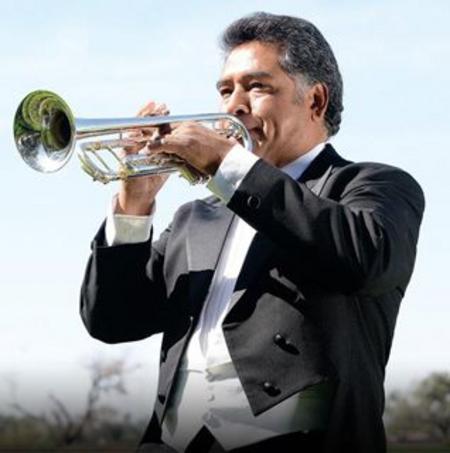 Javier Rodriguez was born in Tlaltenango, Zacatecas.  He began his musical studies at the age of eight.  Six years later, he began to develop his talent as a trumpet player.  At the age of 15, he immigrated to the Unites States where he began playing with his uncle in Mariachi Nuevo Zapopan.  Shortly after, he returned to Mexico to continue his studies at the University of Guadalajara.

While studying, he was a member of Mariachi Los Toritos de Ramón Ibarra, as well as a member of a versatile orchestra.  Throughout the years, Rodriguez was a member of great mariachis such as Mariachi Sol de México and Mariachi Los Camperos de Nati Cano. Now he focuses on recording new music and teaching in workshops. Javier Rodriguez released his new CD, were along the help of many important mariachi icons, he honors el Maestro Don Miguel Martínez and his unique style and sound on the trumpet.

Javier Rodriguez continues to perform with different mariachi groups and teach master classes in different cities, motivating students to continue mariachi music tradition. For the past 14 years, Javier Rodríguez has played an important role in creating the annual mariachi conference and workshops at the University of San Diego. His objective is to help encourage and motivate young Mariachi students to learn the technique of traditional Mariachi music.

Juan Manuel Arpero Ramírez is originally from Villagrán Guanajuato. Arpero began his musical studies at the age of six along with his father, Felipe Arpero, within the tradition of the band of his town. He continued his career at the National Conservatory of Music with Felipe León and Jim Thompson. In Los Angeles, California, he completed his studies of technique and musical performance with James Stamp and Rafael Méndez in 1981, as well as the orchestral direction with Jonny Schteschko. Later in 1987, Arpero received the Lira de Oro prize, maximum award that grants the SUTM.

In 1988, he founded the Festival "Bandas de Guanajuato,” within the Cervantino International Festival, which he directed from its creation until 2010, a festival that gave rise to his music training system throughout the state of Guanajuato. He has performed lectures and concerts in Europe, the United States, and most of Latin America. He has directed great personalities such as, Luis Miguel, Ignacio López Tarso, Fernando de la Mora, Horacio Franco, María Teresa Rodríguez, Mariachi Vargas, Marco Antonio Muñiz, Solo Soloists Choir of INBA, among many others. Juan Manuel Arpero has been recognized to be one of the most prominent promoters of Mexican music, and as one of the most important directors of symphonic orchestral groups in Mexico, due to his ability and knowledge of techniques ranging from classical music to our days. The Government of the State of Guanajuato recognized Arpero and integrated him to the most selected group of characters and artists in its cultural page of "Guanajuatenses Destacados" along the side of Juventino Rosas, Maria Grever, José Alfredo Jiménez, Diego Rivera, Chavez Morado, Jorge Negrete, Pedro Vargas, Jorge Ibargüengoitia, among others. 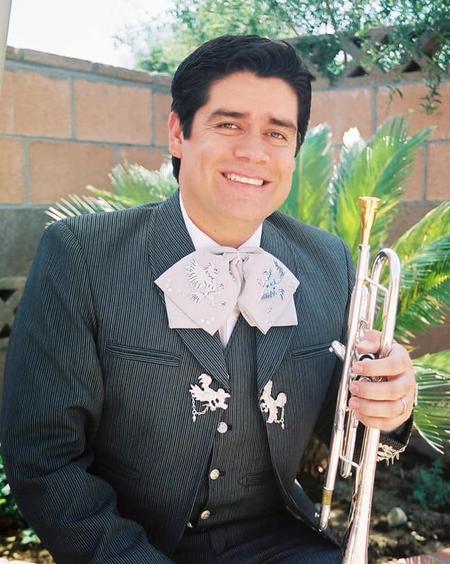