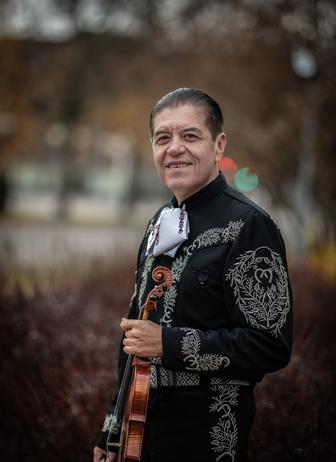 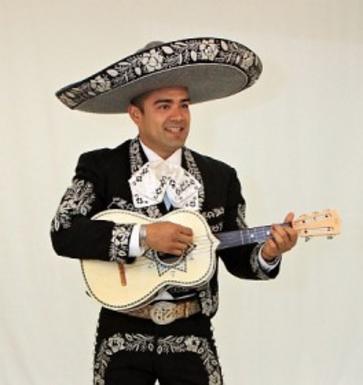 Sergio Caratachea was born in Jalisco, México.  Today he is recognized in the international world of mariachi as a violinist, composer, pedagogue, arranger, and musical director.  Other than teaching some of today’s most recognized mariachis, he is also been commissioned to compose and arrange for them as well.

Caratachea has recorded with Vicente Fernández, Lola Beltrán, Lucha Villa, among many others.  Caratachea is also an accomplished classical violinist; he has performed with the Orquesta de la Universidad Autónoma de Guadalajara.  Currently, he is the violin professor in the program “Música Maestro” of the Education Secretariat of Jalisco, and a member and the musical director for Mariachi Internacional de Guadalajara. 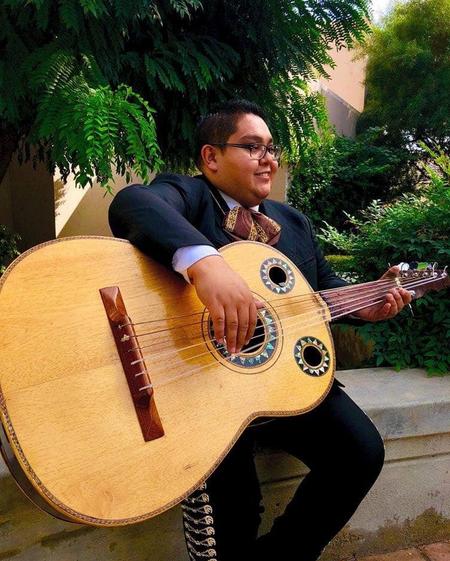 Ruben Hernandez began his musical career at the age 13, becoming a member of his middle school Orchestra. Later, he moved on to become a member of the Jazz Band where he earned numerous solo awards competing at a high school level. Hernandez then joined a “Juvenil” Mariachi group, where he played trumpet and was later switched to guitarrón. His prior musical experience helped him “rise in the ranks” to perform at a professional level at age 17. He was also a member of the Mariachi Master Apprentice Program, a City Of San Fernando youth mariachi program taught by members of Mariachi Los Camperos de Nati Cano.

Over the years, Ruben has performed at the most prestigious venues in the United States and Mexico, including The Hollywood Bowl in Hollywood, California and Teatro Degollado in Guadalajara, Jalisco, Mexico. He has also had the opportunity to accompany numerous Mexican and Latin-recording artists such as Jose Feliciano, Angeles Ochoa, Graciela Beltran, Beatriz Adriana, Maribel Guardia, Paquita La Del Barrio, Jenni Rivera, and Pepe Aguilar. Ruben has recorded for various local singers and Mariachis, and has worked with J.D. Mata on his film “Pan Dulce.” Ruben has performed at the professional level alongside Mariachi Vargas de Tecalitlán, Mariachi Sol de Mexico de Jose Hernandez, Mariachi Cobre, and other world renowned Mariachis. Hernandez has had the privilege to share his knowledge at various conferences in California and Texas. Currently, he is an instructor at the Jose Hernandez Mariachi Academy, where he is able to share his passion for education with students throughout the city of Santa Ana

Anthony "Tony" Zuñiga is originally from Los Angeles, California, but he spent part of his childhood in the state of Jalisco where he fell in love with Mexican music at an early age. His father taught him his first chords on the guitar and his mother supported him to learn to play vihuela, an instrument that fascinated him after having heard “El Son del Gavilancillo”. He was a member of the Mariachi Sol de México for 10 years and has shared the stage with many artists, such as Cristian Castro, Pepe Aguilar, Ana Barbara, Luis Miguel, among others. We can listen to Tony on recordings of Shaila Durcal, Espinoza Paz, Jenny Rivera, and see him appear in films like Beverly Hills Chihuahua 1and 3, Amigos con Derechos, and De Prada a Nada. Tony has developed and perfected his talent on the vihuela making it more versatile and fluid while preserving the essence of its traditions. Today, he is considered one of the best armonía musicians in the world of mariachi.